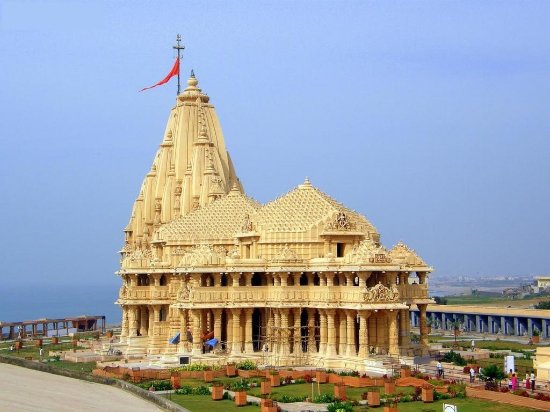 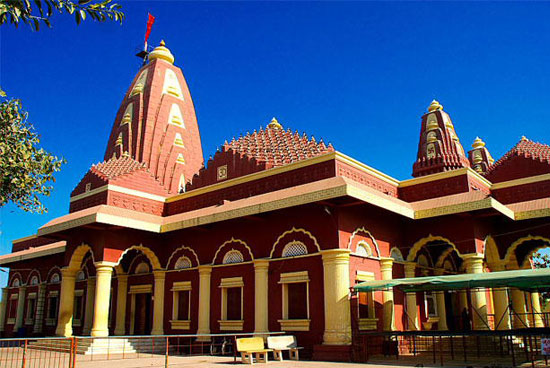 Somenath Temple – The Somnath Temple is one of the Top 50 Famous Temples in India.

Bhalka Tirth – about 5 km from Prabhas – Veraval highway, at this location the arrow fired by the poacher Jara hit Lord Krishna, when resting under a Peepal tree.

Shree Golokdham Teerth or Shree Neejdham Prastham Teerth – This is one of river banks of River Hiran, about 1.5 km away from Somnath Temple. The footprint of Lord Krishna is carved here to mark the site of the temple.

Dwarkadhish Temple – a Hindu temple dedicated to the god Krishna, who is worshiped here by the name Dwarkadhish, or ‘King of Dwarka’.

Nageshwar Temple – one of the legendary temples mentioned in the Shiva Purana and is one of the twelve Jyotirlingas.

Bhet Dwarka – A small island off the cost of Dwarka and accessed via Okha, is home to the namesake temple and supposedly the residence of Lord Krishna. The establishment of temple is credited to Guru Vallabhacharya. Bet Dwarka or Beyt Dwarka is also known as Shankhodhar and it is said to have been the residence of Lord Kishna during his ruling years at Dwarka. The name derived from the word “Bet” which means GIFT and is believed that Lord Krishna received from his friend Sudama.

Rukmini Temple – A temple dedicated to Hindu Goddess Rukmini Devi in Gujarat. Its a richly carved temple decorated with sculptures of gods and goddesses on the exterior with the sanctum housing the main image of Rukmini, wife of Lord Krishna. The yatra to Dwarka is completed only after darshan of Dwarkashwari Rukmini Maharani.

Somnath : The 1st Jyotirlinga of Lord Shiva, also called Somanatha temple or Deo Patan, is located in Prabhas Patan, Veraval in Gujarat, India. One of the most sacred Hindu pilgrimage sites. where defects are removed by mere sight and wishes are fulfilled.

Nageshwar : The 8th Jyotirlinga is located in Daarukavanam between Gomti and Dwarka on the coast of Saurashtra, Gujarat. Nageshwar means ‘Lord of serpents’, one who worships Nageshwar will have a poison-free mind and body.

Today visit Nageshwar Jyotirlinga Temple, Gopi Talav and Bet Dwarka – this place is also known as ‘Kingdom of Lord Krishna’. Also visit Shivarajpur and Rukmani Temple on your way back to Dwarka. Overnight stay in Dwarka.