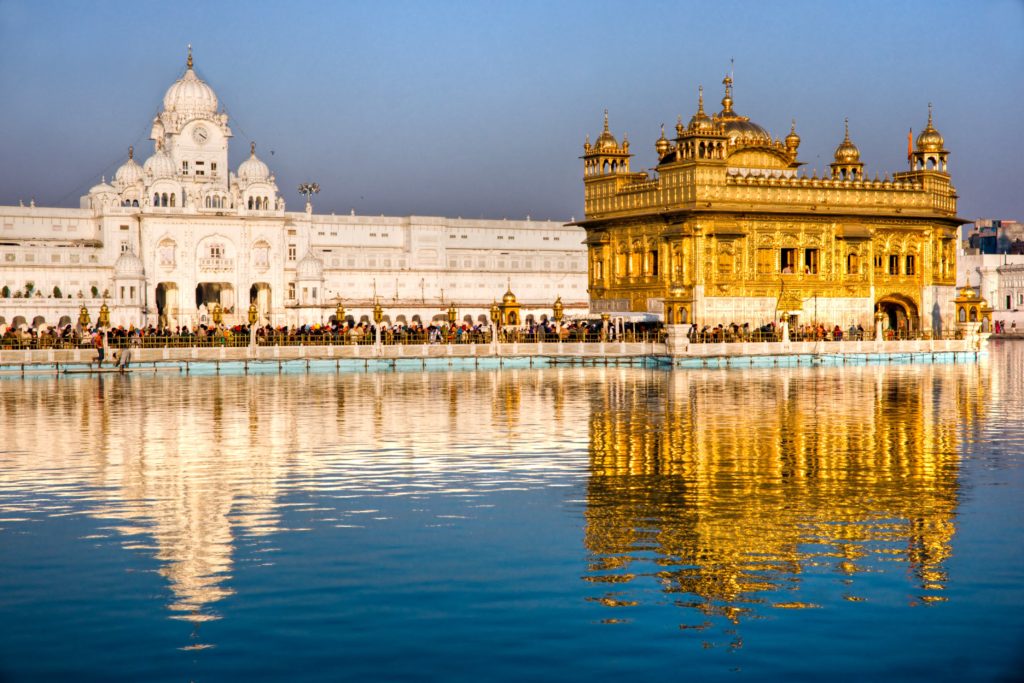 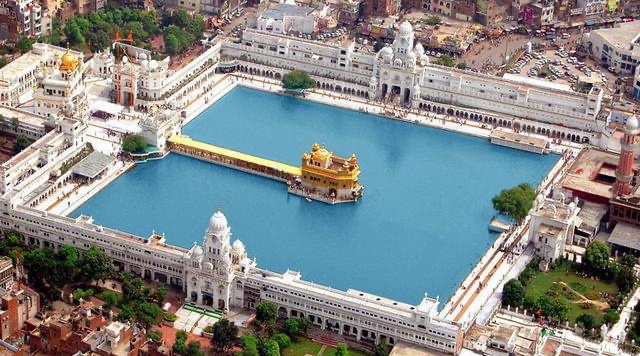 The Holy Golden Temple, Amritsar tour package is designed for tourists, interested in Sikhism and their devotion towards Sikh Guru’s and their devotees. Besides Golden Temple you will be visiting Wagha/Wagah Border (the only road link between India/Pakistan) Flag lowering ceremony in the evening before sunset.

1345 hrs Arrive Amritsar. Assistance at the Railway Station and drive to hotel.

Amritsar: Amritsar means Tank of Nectar: Long ago, the present city of Amritsar was dense forest with a pool in it. Several villages fringed the forest. Many legendary and mythological references are attached to this land. It is said that Lord Rama had fought a battle with his sons, Luv and Kush at this place in which whole of Lord Rama’s army was destroyed. At that time a jug of nectar descended from heaven to restore the soldiers to life. Maharaja Ranjit Singh (1780-1839), the Lion of Punjab, who was able to merge all the Misals into one single unit under his sole control arranged development of Amritsar in a big way. He made Amritsar as the summer capital of his regime. Maharaja Ranjit Singh got the domes of the holy temple gold-plated and from thence the temple became famous as the “Golden Temple”.

It is Amritsar where the smouldering surge of Independence of our country burst into a full fledged “Flame of Liberty” in the form of Jallianwala Bagh massacre in which about two thousand people were killed.

1500 hrs Drive to Wagha Border with an English speaking guide to witness interesting and exciting “Flag Lowering Ceremony”. The ceremony begins with a parade by the soldiers from both India & Pakistan side which ends up in the perfectly coordinated lowering of the 2 nations Flags – India & Pakistan. This called the beating retreat border ceremony around the world. This spectacle ceremony attracts many national and international visitors/tourists from both sides of the border.

Later return to Amritsar. If interested you may visit Golden Temple in night.

Lavish Buffet dinner in Hotel and overnight stay in Amritsar.

Rest of the day free for shopping. Late afternoon transfer to Amritsar Railway Station to connect train to Delhi.

Dinner will be served in Train. (included in Train ticket cost)

Yes, this is a private Tour.

If you want to join a group, please advise your preferred travel dates, I will let you know possibility of joining a group.

which hotel is used in this package?